In The Coastal News…

After Being Selected to Create Mosaic, Del Mar Artist Will Look to Tell Story of City, its Firefighters

By Rachel Stine for The Coastal News 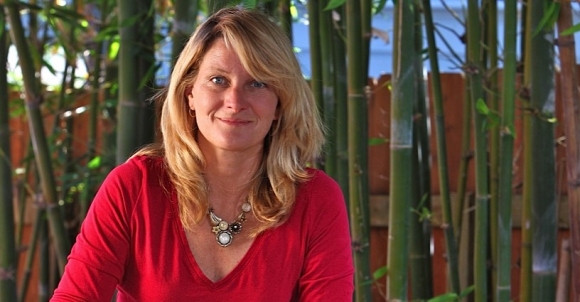 Artist Betsy Schulz is chosen from six applicants to create a mosaic that will adorn the new Carlsbad fire station. Photo courtesy of Mark Johnson

CARLSBAD — Del Mar artist Betsy Schulz has been selected by the Carlsbad Arts Commission to create the $48,000 public art piece for the new fire station in northwest Carlsbad.

Late last month, the Arts Commission picked Schulz from a pool of six applicants to create the art that will adorn the new fire station, which is estimated to be built in spring 2014 but may be as late as fall of that year.

“I hope that it truly captures how important the firemen are and fire protection is in our area,” said Schulz about the piece, which is still in the earliest planning stages.

Through a process of research, design and community involvement, Schulz’s work is intended to do more than just fulfill the city’s public art requirements with a splash of paint on one of the station’s walls.

Rather, she aims to create a piece that tells the story of Carlsbad’s past and present and how important the firefighters are to the community.

Currently researching Carlsbad to get a better idea of what that story is, Schulz said she’ll meet with the historical society and local community groups.

“I try to start with the beginning, when the first people settled and then work up from there,” said Schulz.

She will also be working actively with the station’s firefighters and the architects to decide how the artwork will be incorporated into the building and feature firefighters.

“I appreciate what they (firefighters) do, and for me, I think it’ll be really inspirational to communicate that in art,” said Schulz.

The project will most likely include handmade sculptural tiles, but Schulz is remaining open about the piece’s form until she learns more about the vision behind the new station.

“Rather than bringing in artwork and plopping it in later, it will really be integrated into the building itself,” said Karen McGuire, Carlsbad’s curator of exhibits.

When Schulz begins to build the piece several months from now, she’ll welcome community members to volunteer their time and materials to help create the piece, as she has done with her past public art works.

This is the first time Schulz has created a piece for Carlsbad, but she has crafted works locally for Solana Beach and Del Mar.

“(The Art Commission members) were excited about her coming to Carlsbad and telling their story,” said McGuire.

“I don’t know what she’s going to be doing and that’s kind of exciting,” McGuire added.

Schulz has been creating public art and landscapes for the past 14 years after leaving her career as a graphic artist.

She received some formal training in college, but has picked up her greatest skills and techniques in recent years by learning from professional artists and through her own trial and error.

“I just got a kiln and learned everything I needed to know, and started going for it,” Schulz said.

The Carlsbad fire station piece appealed to her passion for creating art that is accessible to the public.

“I just want to create art that people can touch and that is outside and not behind a locked door,” she said.